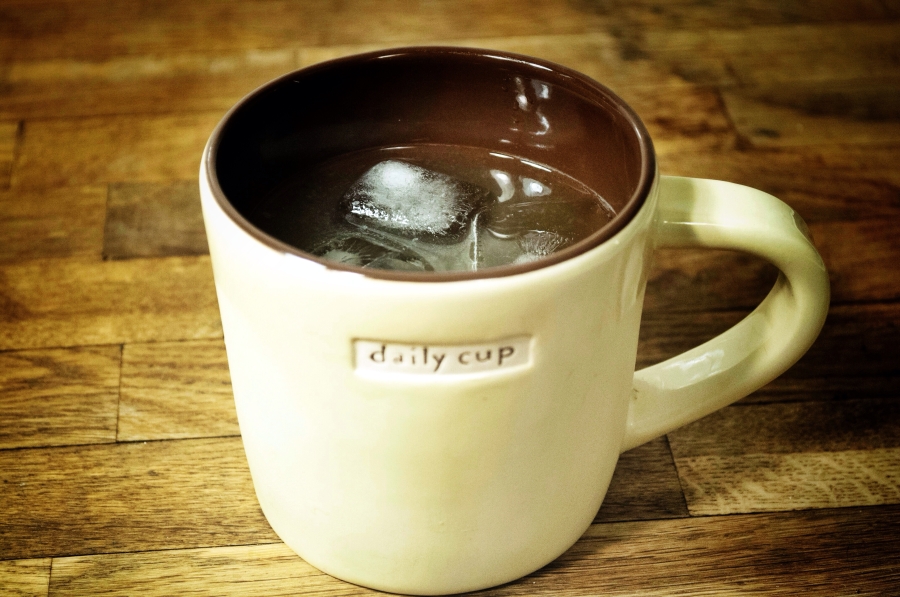 Have a travel mug? And a mesh tea strainer? Ben Bateman shows you how to make a Whiskey Sour at home!

After nearly 30 empty years, I’ve finally discovered the joy of liquor. Unfortunately, this quickly led to the discovery that bars are really expensive. I’m not rich, but perhaps more importantly I’m cheap, so I needed an alternative.

After limited experimentation (I’m timid, as well as cheap), I’ve determined that the whiskey sour is, for the moment at least, my go-to drink. If you’ve never had one, it tastes pretty good, and here’s why: The whiskey sour is basically three things — lemon juice, booze, and sugar. You mix these together with some ice, and you get a drink that’s good, slightly sweet, and manly enough that you (I) don’t feel embarrassed ordering it.

Unfortunately (because I’m cheap) I don’t own any of those fancy cocktail preparation tools, like the silver bottle you see guys shaking in Bond movies, or the thing that looks like a cross between a hairbrush and medieval torture device/fraternity hazing tool that is used to (I think?) strain out the ice when you pour the drink. What I do have is a coffee travel mug and a tea strainer.

If you also have these things, and you’d like to make my new favorite drink, here’s how.

First, you’ll need the ingredients. They are:

I keep my simple syrup in an old bottle that used to contain some Kahlúa my dad made because: cheap.

Let’s start by putting some ice in the travel mug. We want our drink nice and cool! Or at least I do.

Next, we’ll add the lemon. I use a lemon-squeezer because I’m also lazy, but if you need to demonstrate your physical prowess to someone as you prepare them a delicious drink, feel free to stare them down as you squeeze the life-juice from a lemon with your veiny, muscular hand.

Next, you’re going to put in the simple syrup. About two tablespoons of it. If you don’t have a tablespoon, just use a big spoon and fill it twice.

Now it’s time for the fun part: the booze. There are a number of funny-sounding words bartenders apparently used to refer to measures of alcohol (i.e., a “jigger”) but I don’t know what any of those mean so I usually just pour in enough to lift the ice.

…About this much. Depending on how your day’s going. This is “Had a good day, but feeling guilty about not getting much done and then spending an hour taking pictures of myself making a drink.”

Shake it up! For maybe 20 seconds. Be careful of splashing. You’re using sub-optimal, non-OSHA-approved equipment.

Put some ice in the cup…

Hold the tea sifter over the cup, and pour your nicely-mixed drink in…

…And there you go!

Note: This is a coffee mug, because I don’t actually own any glasses. “Daily cup” (see: coffee cup) is, I assume, meant to refer to coffee, and is not a reflection of how much whiskey I drink. I swear.